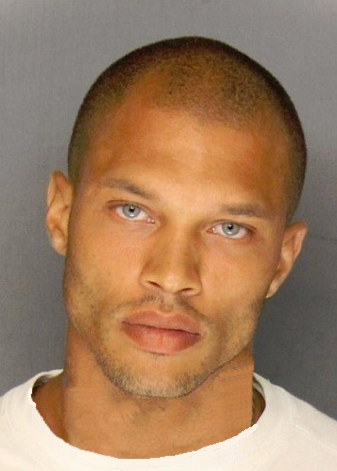 Once again red pill truths are playing out in the real world. This time in the case of the “hot con” Jeremy Meeks, who had the red pill world talking about how women today can’t seem to tell a true Alpha from an alpha cad after thousands of women irrationally swooned over his mug shot.

Well, a few years later he’s out of the clink and sure enough has already been snatched up by an heiress on holiday.

All this despite him being married with kids and her snuggling with her former boyfriend on Instagram just moments before the tingles induced train wreck commenced.

My prediction? Her pump and dump sob story is soon to follow. Perhaps a dodo bird baby as a lasting token of her dalliance? But at least she’ll have the alpha widowhood memories for the rest of her life? Any future suitors (ick) should steer clear!

Meanwhile she’s parading around her catch blatantly and of course groupies and the press are eating it up.

Money apparently does not buy street smarts. Her father must be so proud (not!)

What do you think? Please share in the comments.